As I mentioned in the last post, Q was about asking questions. 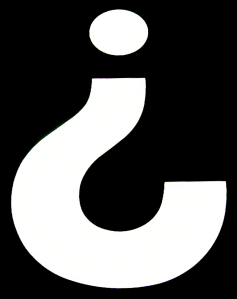 In this post, I don’t want to answer the softball questions like, “Did you have a good time?” “Did you like it?” “Was it cool?” I want to explore bigger questions like, “What was the underlying message of the conference?” “What did I struggle with?” “How did people view the place of the gospel in society?”

First things first: The conference was cool. I liked it for the most part. I had a good time. 😉

Now, I must admit, when I saw the information on the conference, I was slightly upset. The entry fee was $650 if you signed up early, $800 if you signed up the week of, $150 if you were a student. Obviously, I had the student rate, but I still felt uneasy about the prices, because what that price says is that we only want high-rollers at this conference. People of influence, of power, of wealth. The average Joe doesn’t have $800 to fork out to go to a conference, especially when he considers that he’ll lose an additional $250 or more by not working those 2-3 days.

Once I arrived at Q, I watched fellow brothers and sisters engage in one of the most disgusting acts I know of. What I mean is this: I sat in my chair and listened as people all around me introduced themselves to one another, asking the basic questions, “What’s your name? Where you from? What do you do?” No problem there. The problem came with the answers to the third question. All of the sudden it was, “I’m Ted and I lead a youth group of 589 kids, at a church of 2373 people.” “I’m Pete, the CEO of Blah, Blah, Blah International and author of 17 books.” “I’m Kristi, founder of the nonprofit Mission Awesomeness, with stations in Guatemala, Thailand, India, and Texas.” It was posturing to the max! Christians seeking the glory and affirmation of others, comparing themselves with themselves. And we all know what Jesus says about that–it isn’t wise.

But I must stop before I lead you into thinking this conference was just a bunch of big-shots trying to prove who was the most relevant and popular in Christendom. What I will say is this–I like Rick McKinley. He loves Jesus, he doesn’t like to brag, and he has a great understanding of the gospel and culture. He says that the gospel is this Jesus who comes in and changes the church and the culture. The church doesn’t hold the gospel and run away from society, nor does it hold the gospel in its hands and hit culture over the head with it, nor does the gospel blend in with culture so much that Jesus just becomes our home-boy and his followers become cool hipsters like everyone else. The gospel confronts both the culture and the church. It brings new paradigms and new life to whatever it touches, whatever He (Christ) touches.

And many people at the conference are operating with that understanding, and for that, I am thankful. I pray I do the same.