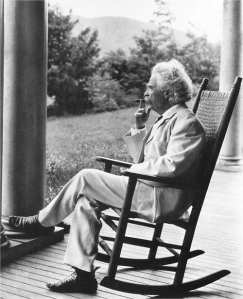 Like the old sage once said, “Never let schooling get in the way of your education.”

The other day, on a break at work, I picked up a magazine called Governing. In it, I found an article, “Ditching the Carrot and Stick.” The title intrigued me, so I read the article and came to find some suprising information.

The public school system in Washington D.C. was experiencing miraculous climbs in their standardized test scores, only later to be accused of cheating. Why? The two organizations that scored the students’ test sheets came to find an uncanny amount of erasures. Suspicious, they began a more thorough examination; and what did they find? The students had taken the tests, submitted them, and then, someone was going through and correcting answers; all of this in an effort to reach the high bars set by the governing structures in the public school system.

The sub story of this article is that the Chancellor of the D.C. public school system was firing low performing teachers left and right. Forty-five percent of the teachers and principals in D.C. had been replaced. On the other hand, high performing teachers and principals were being rewarded with $8- 10K bonuses. Basically, the bar was set so high, and the faculty felt so much pressure, they decided to cheat. They fudged students’ test scores so they wouldn’t be canned at the end of the year. And maybe, just maybe, they might receive a reward.

You show these rabbits a carrot, they’ll chase it all day. They may never realize the knot wrapped around it or the stick being held by the tempter. As the author of the article says, “Yelling at systems doesn’t improve systems; bribing systems doesn’t improve systems. Fixing systems improves systems. True accountability looks like love and respect; we keep making it feel like fear.”

In this particular case, the Chancellor’s bribes and scare tactics set forth a feeling of fear, which later provoked wrong action. Don’t misunderstand me, the teachers and principals are at fault as well. They made the choice to cheat. But also don’t forget that some of them were worried they might not be able to put bread on the table without their jobs.

In short, I think the moral of the story is summed up adequately by the author.